The last 6 months have been like a hurricane. Unpredictable, beautiful and devastating.

On the 21st September 2015, we were blessed with a baby boy! Nathaniel Francis Love (Nate). He's our first child, almost 6 months old now and totally awesome. We couldn't imagine life without him, such a cool little guy :)  My wife Tash had an extremely rough pregnancy but is almost fully recovered and couldn't be happier. 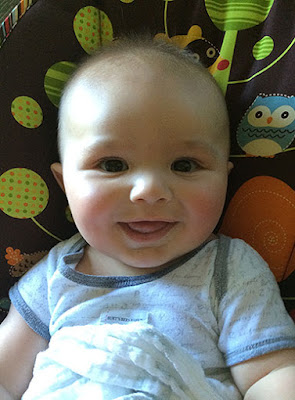 Shortly after Nate's birth, on the 5th October 2015, my father (Bryan Wayne Love) was tragically crushed by a gum tree he was felling on his property in Mooloolah. It came as a huge shock as Dad was always careful and very experienced. He was 60 years old.

I'm thankful that Dad had the opportunity to see his grandson. He fed and bathed Nate and I've never seen him so content. Dad had also met a nice lady a few years earlier and they had just become engaged, so he was definitely happy.

Dad was a super talented guy and excelled at anything he turned his hand to. Although he was an A grade mechanic by trade, he also built a 32 foot yacht and sailed half way around the world, raced motorcycles and yachts, was a champion runner, played the drums in many bands including Jigsaw Blues, Rockin Rhythm Cats and Martini 66, back packed around Europe, owned a furniture business where he made everything by hand, restored Ducattis, played the guitar, surfed and loved the country. A true explorer, thinker and caring father. We will miss you dearly. Especially the long chats on your back deck, overlooking the ocean late into the night. 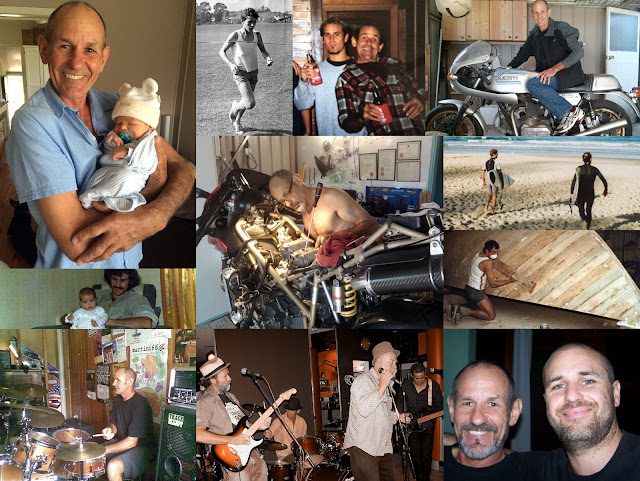 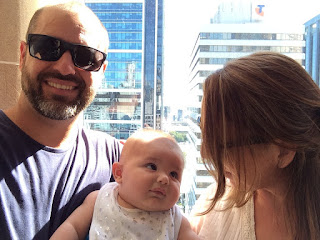 I am truly lucky to have such a beautiful family and look forward to teaching Nate everything my Dad taught me :)

Posted by COLDRUM The Art of Jeremy Love at 9:26 PM